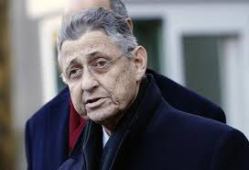 The arrest of the Assembly Speaker Sheldon Silver for enriching himself with $4,000,000 due to his position is the latest in a long line of corruption originating from our state capitol.  Only in Albany would the leading proposal to address these misdeeds be to increase the pay of our lawmakers.

So let’s go through it. The reasoning is that our lawmakers are abusing their positions of power because they are not getting paid enough and that if we would just pay them more of the taxpayers’ money they will stop abusing their power and stop taking money from special interests.  If we just limit our state legislators outside income and make the state legislature their only job, there will be no more temptation to abuse their power. Really?  Is that what we are going with?

Generally our society addresses misdeeds with some sort of punishment to serve as a deterrent.  Some of the other suggested reforms include: 1) loss of pension benefits upon conviction of a crime to deter misbehavior; 2) term limits, at least for the leaders, to diffuse the concentration of power in a few; or 3) making the legislative sessions shorter and the job is truly part-time so that the legislators can have other careers and not rely on their legislative salary to support themselves and come to their work as true citizen-lawmakers.  These all make more sense.

Corruption is about an abuse of power. It is not about making ends meet.  Corruption is about arrogance, not economic hardship.  Lord knows that the judiciary is not paid that well, but our judges are not being carted away at same alarming rate as our state legislators.

Our state legislators will have to decide between these suggested reforms to regulate their own actions. Which reform do you think they will reach for?

John Verni is host of “Stuck in the Middle”, a local radio show on WVOX discussing politics from “middle of the road.” John is an attorney, a former assistant district attorney in Westchester County, and a senior legal correspondent for WVOX. 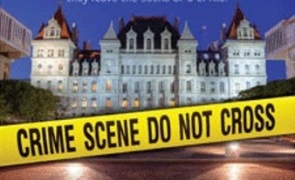 John Verni is the host of “Stuck in the Middle”, a local radio show on WVOX discussing politics from a “middle of the road”, moderate perspective. John is an attorney, a former assistant district attorney in Westchester County, and a senior legal correspondent for WVOX. He hopes this article helped you keep track of the corrupt state of New York politics and shed some light on the upcoming elections.

"Wherever the people are well informed they can be trusted with their own government."